Got the new propeller from Prince some time ago (in Mars). It took some time, but it is nice indeed. 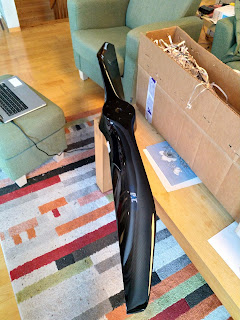 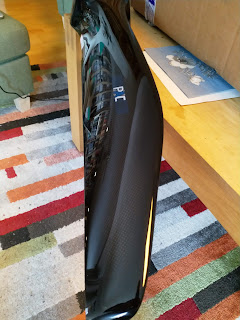 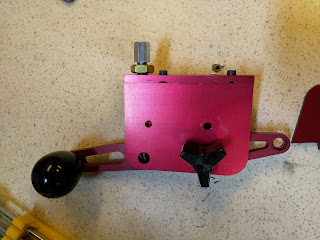 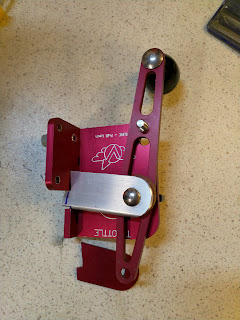 Got the mount, and it seems to fit like a glow, at least on the fuselage side. Included were also an NDT test which showed no cracks in welding. 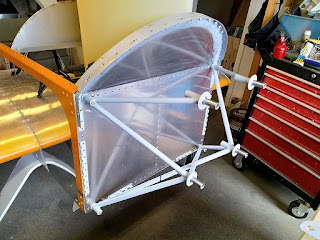 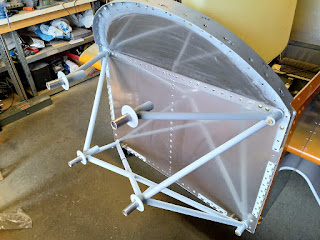 After several comments/mail and reading books about this stuff, I think I'm finally converging to something usable. 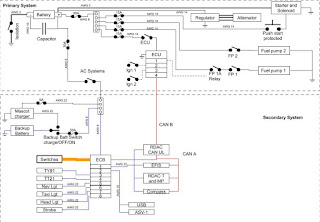 The primary system is taken straight out of the ULPower manual. I have added the fuel pump 2 and manual switches for fuel pump 1 and 2. The isolation switch is a manual one installed with the battery (this may change, not sure yet).

The Mascot 8660 is removed. The reason is it will be impossible to isolate all the components from the common ground. The RDAC needed for EGT, CHT and MAP must be grounded to the engine, or it wont be able to read anything, and so on. Ideally all the RDACs should be in the primary system, and communications should be optical (fiber), maybe in 100 years. With a common ground, all isolation is gone. The 8660 would really only function as a current limiting device. Another reason is the 8660, when taking into account the efficiency (81%) will be too small. This could be fixed by dividing the system and install another ECB, but then things gets too complex for this little aircraft.
Lagt inn av Bjørnar Svingen kl. Sunday, April 21, 2019 No comments:

I think I found a good fuel surge tank. It's a "universal" version with 6 AN8 connections. There are several manufacturers of similar devices, and they can be had for 1 to 4 L sizes. A 2L tank seems to be suitable for me. It's simply an aluminium box with 6 holes in it. 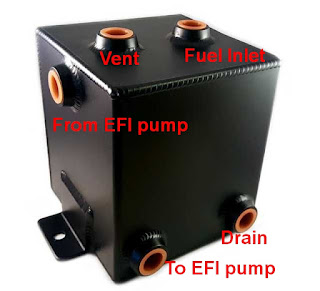 Looking a bit closer at these tanks, it should be very easy to make an inverted system, with no moving parts, no flop tube. I may do that later on, it shouldn't be more to it than installing two tanks in series, like the sketch below. 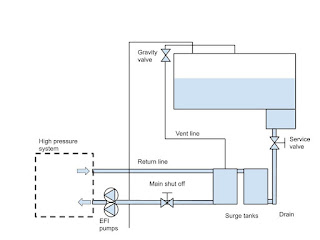 Normal flying would cause no change. Gravity fills up both surge tanks.

When inverted, the inlet line will eventually be evacuated, while the vent line will close due to the gravity valve (also off the shelf racing part). The first tank will then gradually empty, while the second tank remains full. 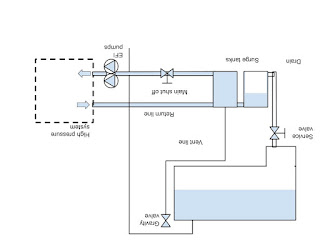 There are a few snags here, like what will happen if the aircraft goes inverted again, before the second tank is filled up completely? but nothing that can't be fixed by positioning the outlet to the EFI pumps vertically down towards the middle, and sizing the tanks correctly. The first tank should be smaller than the second. It would probably be better to build them as one single invertible surge tank.
Lagt inn av Bjørnar Svingen kl. Friday, April 12, 2019 No comments:

A thing I haven't thought about is the fuel system. The AeroVee use max about 20 L/h of fuel. The fuel lines are dimensioned for this. The UL350 draw at max more than 120 L/h, where 100 of those are fed back to the tank. The gascolator also house the draining. The old system looks like this: 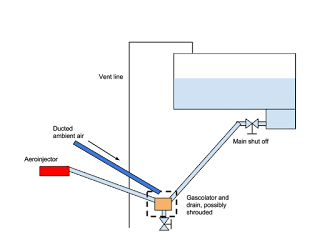 This will not work on the UL350. I have finished the tank, plugged and secured all holes, oops fitting etc. I will not take all that apart again due to the risk of leakage (except oops fittings). The simplest way to fix this, I think, is a header tank.

Reading a bit about fuel systems for high pressure fuel injected engines, this is a common thing in the auto/racing industry. In racing they don't call it header tank, but swirl tank or surge tank, sometimes also catch tank. From what I gather, it is pretty much a necessity for fuel injected engines doing racing. There are tons of these surge tanks available, several different shapes and sizes. ULPower has a header tank, and this tank looks exactly like a surge tank. The basic principles for the surge tank can be found here.

So for the new fuel system, I need a header tank and a new shut off valve. The existing shut off valve will simply be a service valve for future changes. 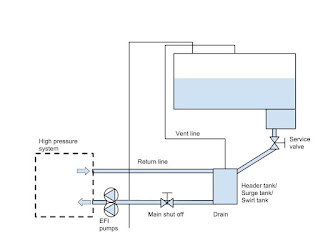 The surge tank can also be fitted with a flop tube for negative G, but that will be for later, if ever. The surge tank is actually a very clever device. Normally it is completely filled with fuel. If negative G is encountered, it will therefore still deliver clean fuel to the pumps. The reason is that for a pocket of air to occur, the air has to first get in there. That has to be through the vent line or main inlet line, and they are full of fuel. It will take more than a few seconds of negative G before the pumps start sucking air. If air comes into the surge tank while maneuvering, that air will be vented through the main inlet and vent line. In a way, it is kind of a big gascolator with a vent line more than it is a header tank.

For better negative G handling, I think the next drawing probably is a bit better. But, if it is a good idea to have a fuel system that is capable of longer runs (minutes) with negative G when the engine itself cannot handle it, is another question. Maybe I will install an oil accumulator later, if possible on the UL350. 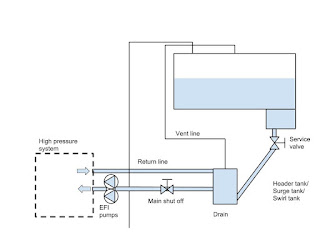 Studied the manuals a bit more yesterday. I have been mistaken about a few things. The new diagram: 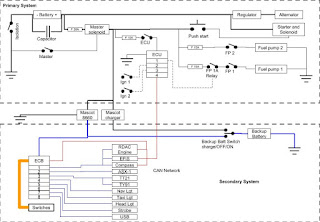 FP1 and FP2 are just manual switches. FP1A is the ECU governed relay switch. This makes much more sense. Normal operation: FP1 = ON, and the ECU runs the thing. FP2 is backup and can be run in addition or instead of FP1.

If I draw the diagram "as recommended" by UL, it will look like this: 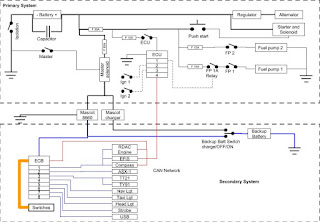 I don't understand the use of that 30A fuse. All engine systems are connected to the ECU. Also, the starter button is always "hot", even though it won't start without FP and ECU switches "ON". The 60A fuse seems way over-sized. Both the 8660 and the Mascot charger have fuses.

IMO the philosophy must be that the primary system runs the engine, and it should contain no protective devices for the secondary system. The engine should run even though the master switch is "OFF", similar to the AeroVee. The ECU, FP1 and FP2 switches should be more than enough. The revised diagram will look like this (I think): 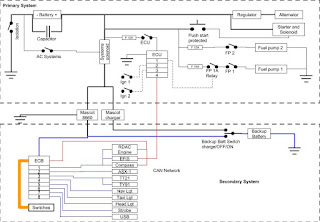 The master switch isn't really a master switch, it's a switch for the secondary system. The ECU switch is the "master" sort of.
Lagt inn av Bjørnar Svingen kl. Tuesday, April 09, 2019 No comments: