Figuring out the EFIS and battery

Powered up the EFIS and the ASX. Downloaded the newest firmware and navigation data. My plan was also to test how long the basic instruments last on the backup battery, but I managed to forget when exactly I started it while doing al the other updates ... Last at least 3-4 hours on the 6 Ah backup battery. 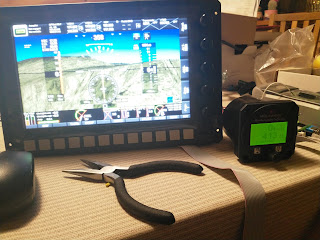 Figuring out the ECB

With the switches finished, I could test the ECB, figuring out how it works. Hooked up the lights, downloaded the ECB interface program for PC, and turned on the power. After some fiddling with bad connections and too tiny wires, it worked super. Found a bug in the interface program though. When setting the trip time, it just go to zero. A bit annoying, but in the aircraft it will be hooked up to the EFIS. Hope the same bug does not exist there.

Have to test the other stuff as well. 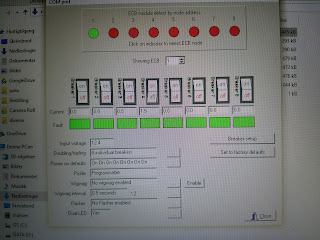 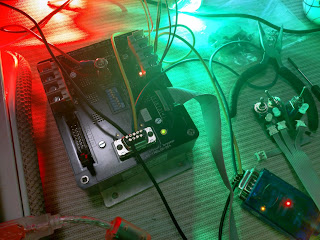 Soldering switches for the ECB

Started soldering the switches for the ECB. 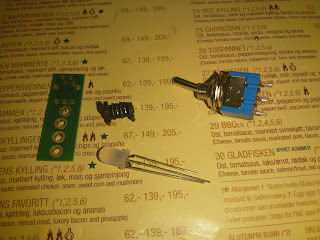 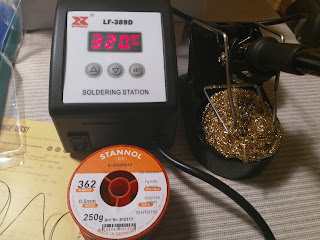 Got myself a new soldering iron, and some 0.5 mm solder with led. I have never soldered PCBs before, but with this new equipment it was a piece of cake. The diodes are two colored. OFF is no light, ON is green, and a "blown fuse" is red. The switches will e connected to the ECB. 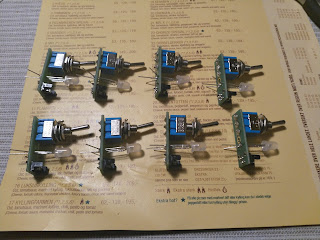 Crimped i piece of crimping tube around each diode to prevent the feet to short circuit. 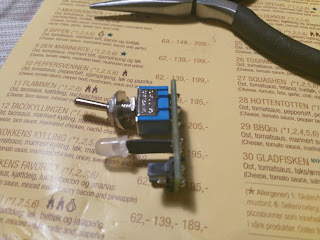 Suddenly remembered that the vertical stab cannot be removed before first removing the tail wheel leg. Drilled and reamed the hole. Got a nice fit. 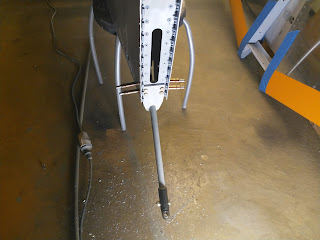 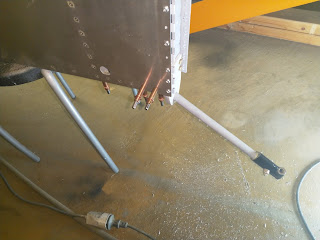 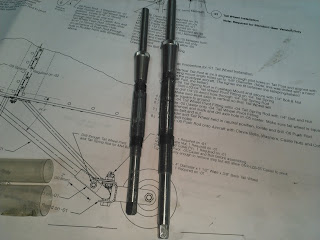 Finished all the mods, so now the tail surfaces can be removed without drilling out rivets. 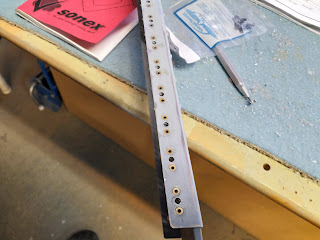 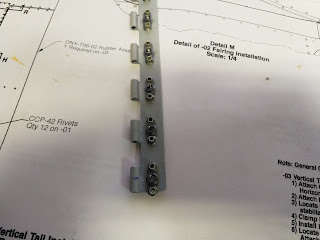 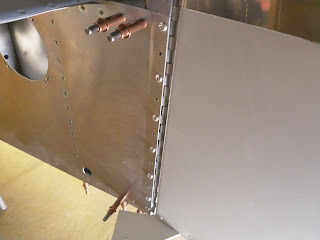 Only need some fine trimming of all the trimmings done, and it's OK. 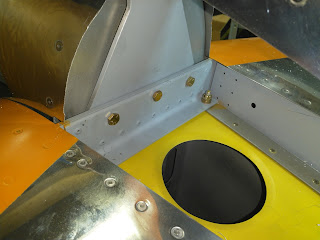 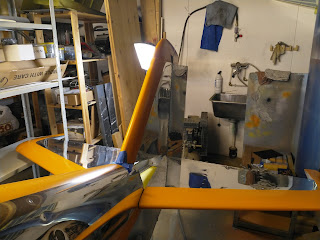 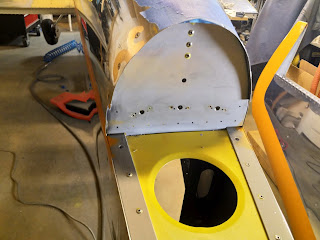 Drilled the holes for the bolts for the h-stab. Clamped it securely first, then drilled. Had to trim off some of the fuselage skin to have space for the drill. For the aft bolts there was yet another bolt-rivet collision. I had to remove 4 rivets and insert them the other way. The other way is the wrong way according to common practice (the shop head shall be on the thicker member, if possible).

I have lost count on how many bolt-rivet, bolt-bolt and rivet-rivet collision there are in this kit. With pre-drilled holes, there really is no excuse for a single one!!! Well, cannot do anything but to move on. 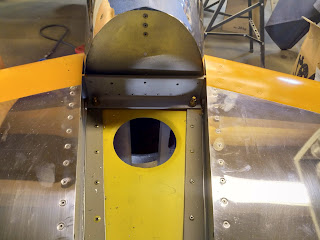 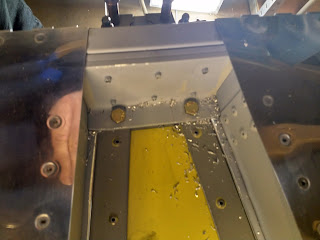 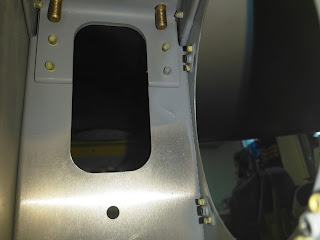 The stab required 3 more trim rounds before I was satisfied. The vertical surface also needed some trimming. The rudder goes on nicely, so I get it's fine. 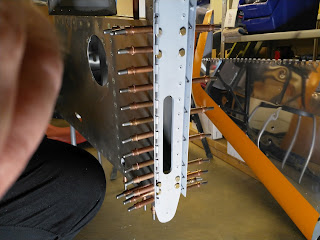 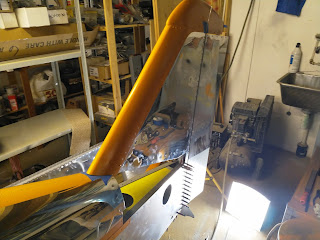 The holes line up. 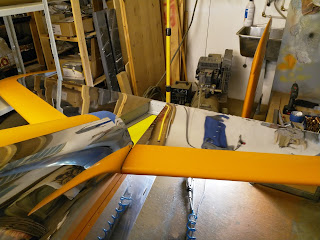 I'm going to make the whole tail section removable. The only thing needed is screws instead of rivets on the lower section of the vertical tail. Had to fix the upper angle bracket first so it is in line with the rivets (screws) 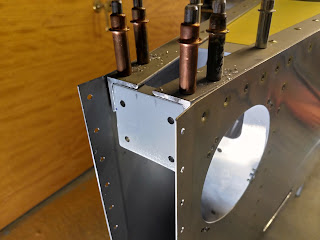 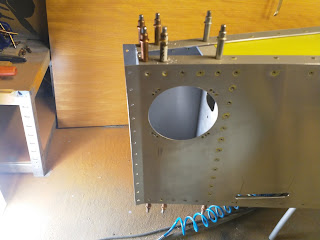 Got lots of stuff from different places. Finished the brakes. 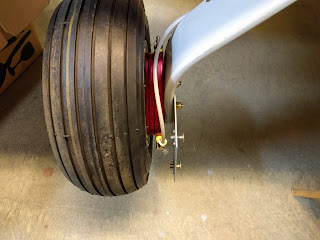 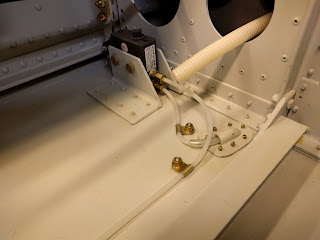 Purchased Vans vents, from Vans... They only come in pairs, but I only need one. Very good design and construction, but I have to wait until all the cables are in place, so I dont cut a hole in the wrong place. 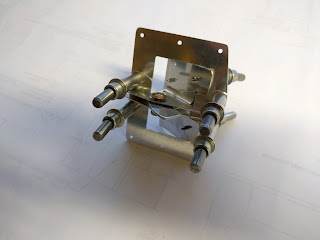 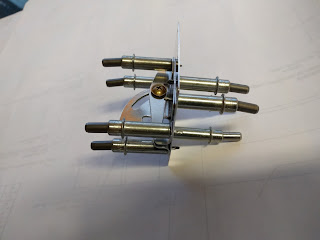 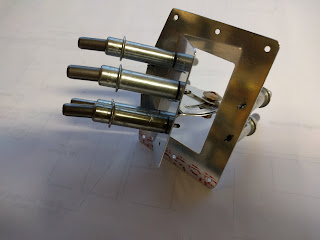 Made a drawing for the electrical system. It is fairly standard with the exception of perhaps the Aviogard and ECB. 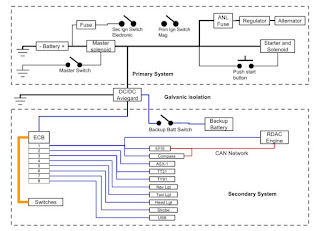